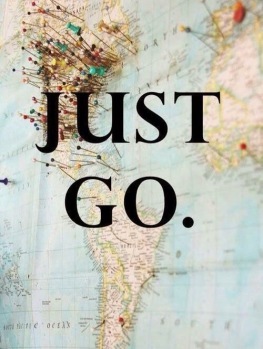 So here I was, counting down the days to my trip to Manchester, England. Nerves were setting in. I was starting to seriously consider my sanity a few weeks before leaving. My anxiety was at a all time high.

I am terrified to fly, yet I am going to take a seven hour flight to meet a stranger. I don’t know if I can do this.

I was totally psyching myself out. How was I going to get on a plane, by myself, without any hands to hold or shoulders to cry on and be able to not freak out? Well I sat down with my therapist for the next few weeks before leaving and he taught me a few relaxation methods on how to get through the flight. We also worked through various methods while I also did a lot of research on how flying is the safest form of travel which helped a little. I knew the only way to conquer this fear was to face it and I vowed to myself I would not back out of this. I had come such a long way the past year and I knew I had to do this for me. 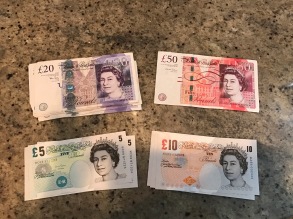 The day before my trip I went to the bank and exchanged my dollars for pounds. It was becoming all too real. I was about to embark on the biggest journey I’ve ever taken. Everything was in order. Bags were over packed. This was my time to prove to myself I could do anything. It was a really powerful feeling sitting in the airport, alone, about to face one of my biggest fears head on. 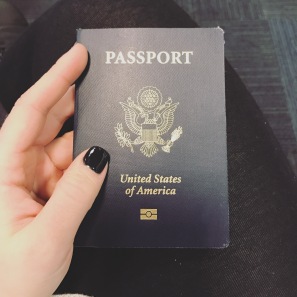 I boarded the plane, found my seat, and settled in. I was at the point of no return now. This was going to happen, despite my anxiety, I was going to do this. When the plane took off I was on edge. I felt an impending panic attack about to happen but I immediately put my music on and began to breathe. I rehearsed everything I read about flying in my head which helped ease my mind. Looking back I’m really proud of myself for keeping my cool and actually enjoying the flight. I was pretty calm the entire time until I realized we were about to land shortly. That’s when it hit me.

Oh my god, I’m about to meet him. I’m about to get off this plane and meet the guy I’ve been talking to for the last two months.

As soon I was over one fear, I was about to embark on another. To say I was a nervous wreck would be an understatement. Talking on the phone is one thing, but in person is an entirely different situation.

What if we didn’t get along? What if he was completely different in person? What if I flew all this way and it was the worst trip I’ve ever taken?

Oddly enough, my panic subsided and turned into excitement as soon as I started to realize the reality of where I actually was. I saw a sign labeled “Trolleys” and immediately thought about Harry Potter. I could hear British accents all around me, and could already see the friendliness of the people. I couldn’t believe where I was. I was right around the corner from meeting my online “lad”. This was it.

I saw him right away and I breathed a sigh of relief seeing that familiar face. As much as I had video chatted with him it was a weird feeling seeing him in real life, but a good weird of course. The weeks leading up to our meeting I kept wondering how it would be when we saw each other at the airport.

Would I run and jump into his arms like the movies? Would we kiss? Would it be awkward and uncomfortable?

It wasn’t the dramatic movie scene I had anticipated but it was one of the most exciting times in my life I’ve ever experienced. We smiled and embraced. Despite the fact I was hugging a “stranger”, it didn’t feel strange at all, it actually felt familiar in a sense and I already knew it would be a great trip.

The second we walked up to his car I walked to the wrong side of it. Oops, they drive on the opposite side. I already was excited about how different his world was compared to mine. It’s a VERY weird feeling being in the driver seat and not driving, and being on the left side of the road. That took a lot of getting used to, I have to say I almost got ran over a few times not knowing which direction to look in when crossing the street.

We decided to spend the day exploring Manchester. He took me to various spots such as the Manchester Cathedral and John Rylands Library. What I loved about the city was the artsy vibe. It was a mix between old and modern. It was similar to New York in some ways, it was a huge melting pot of different types of people, but it had a lot of warmth and charm. Besides the amazing architecture of the city, I think what I loved the most were the accents and the people. What’s funny is some of them had such thick accents I couldn’t even understand what they were saying. I was in a English speaking country but I felt like they were all speaking a foreign language, it was hilarious. I will say though, every single person I encountered was extremely polite, friendly, and welcoming. To me, it just seemed like everyone was really cheerful, not at all what I was used to coming from New York. 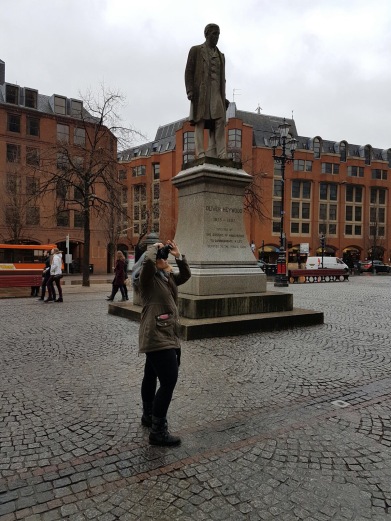 Throughout the day, being with him just got more and more comfortable. I felt like I was able to be myself and despite how jet lagged and exhausted I felt from the trip, the day was perfect and he was the perfect gentleman. I felt really lucky that not only did I have the best tour guide, but genuinely a really great guy in my company. Towards the end of the first day I think the only thing I was worried about was if he felt something more for me, and if and when we would have our first kiss. I knew I was too shy and too guarded to make the first move so I was hoping and praying this perfect British gentleman would sweep me off my feet. It worried me though, if this first day was so great, and I already felt like I didn’t want to leave, what would happen by the end of this trip? 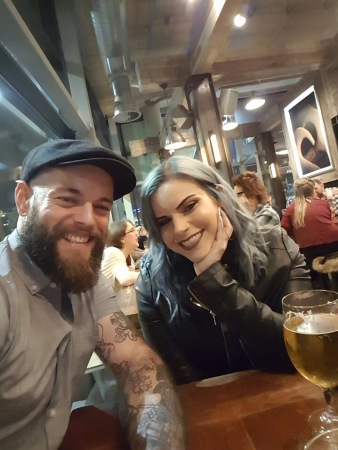 Was I really going to let myself fall for someone who lived over 3,000 miles away?

Well as you can see from the picture of us, I’m already in deep. I don’t think I had smiled that hard in a very long time.

I’ll post more on that later. Until the next blog, enjoy some of these pictures from Manchester!

This is a text widget. The Text Widget allows you to add text or HTML to your sidebar. You can use a text widget to display text, links, images, HTML, or a combination of these. Edit them in the Widget section of the Customizer.
%d bloggers like this: