The third day of my trip was probably my favorite because I think it was the funnest day we had. We headed to a great spot for breakfast and then started our adventure to Wales.

Oddly enough Wales was never top of my travel bucket list. I’m not really sure why, I think it is because I didn’t know much about it other than there were castles and that’s where Catherine Zeta Jones was from. One of the main things I wanted to see while in the U.K. was a castle. I did some research and came across Conwy Castle, which luckily was only about an hour and a half from Manchester. In pictures it looked absolutely beautiful but I was not at all prepared as to how amazing this place was when we arrived.

As we road tripped it to Wales I noticed a TON of sheep. According to my lovely “tour guide” the Welch are jokingly called “sheep shaggers” because of how many sheep there are all over Wales. We had a really great ride and jammed out to some 80’s music. I think by now we were really comfortable with each other so things started to get silly on the way. As we crossed into Wales I noticed the signs were in Welch. Now granted, I knew zilch about the Welch language so these signs were cracking me up because all the words were so hard to pronounce. We could not stop laughing trying to say the pronunciation of these towns and he had me in stitches the whole time.  I don’t think I had laughed that hard in a long time. 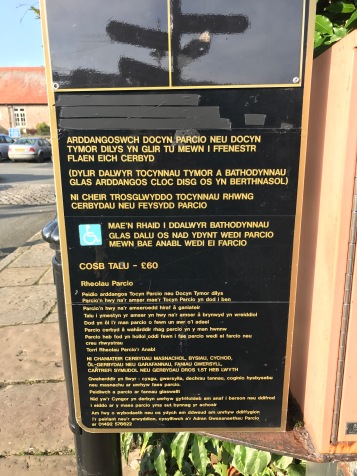 You can see from this sign how different the Welch language is. There are little to no vowels in their words so you could imagine how funny it was for us to try and pronounce these words. He was so silly, and that’s what I loved about our time together because nothing ever felt forced, I was just genuinely happy.

After practically peeing my pants over this, we finally turned a corner and the castle was in front of us. I was awestruck. I had goosebumps.

How does something like this even exist still after 700 years? I can’t believe people were able to build something this incredible with no machines. This is amazing. 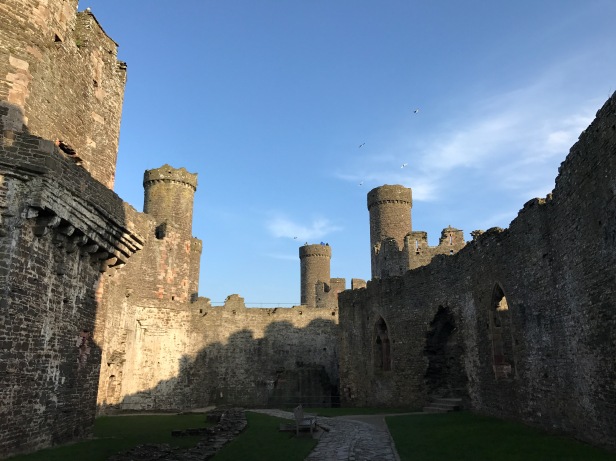 I was almost brought to tears upon entering Conwy Castle. It was so peaceful, like time stood still, but walking through you could imagine the kind of life that was lived here. It was something out of television, I couldn’t help but picture Game of Thrones or A Knight’s Tale. 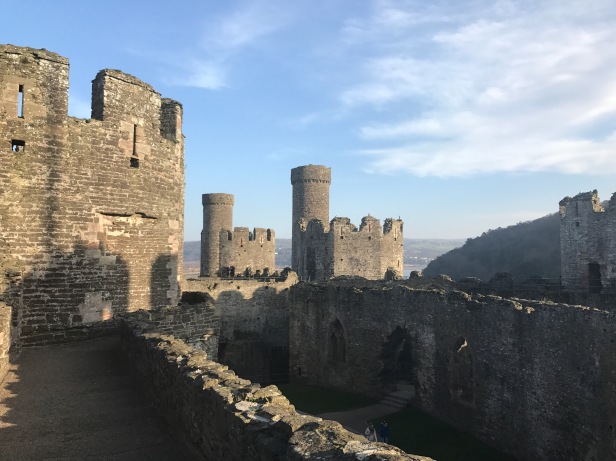 What I loved about being with him the whole time he would take my camera (I had just gotten a fancy Canon Rebel T6 for Christmas) and just start shooting all these great pictures for me. We had mini photo shoots throughout the trip and never minded taking pictures of me. He just wanted me to have the best experience I could have, and have all the memories to keep with it and that’s what I loved so much about this day especially.

He would get on his knee or stand on a rock, anything he could do to get the best shot possible. It was the cutest thing how into it he was and he never once complained about me asking for a picture. He was happy to do it and I have to say he took some amazing shots of me.

We wandered around the castle for a while. When we got to the very top he kissed me and I felt like I was gonna go weak at the knees. Even though we had already kissed the night before it was unexpected but I loved that he just went for it. It was romantic and sweet. I mean how many people get to say they flew to England for a stranger and kissed in a 700 year old castle? It was a fairy tale to say the least. 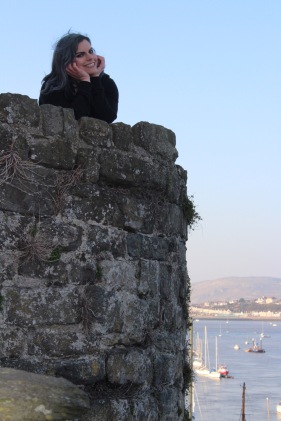 I wanted so badly to give him another kiss right back but I didn’t and looking back now I’m angry with myself for not. I wish I had got to show him more of my sweet side but I was afraid to open up because I knew there was a possibility it could be the last time I would ever see him after this trip. So I let the moment go, a moment I knew I wouldn’t have again. 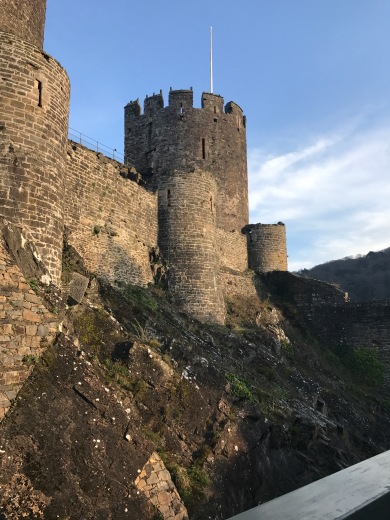 As the day started to wind down the Castle was closing so we decided to take a walk around the town for a bit. Conwy, Wales is an adorable little harbor down with a lot of charm. It reminded me a lot of Rhode Island or Maine, a cute little fishing village.

You know when you watch movies or T.V. that take place in England and you see things that are like the epitome of the British? Well these were the visions I had in my head when I thought about my trip here. So as we walked through the town and came across the old school phone booths I was so excited.

This is exactly what I had pictured in my head. These phone booths are so British!

So of course naturally I had to take a photo inside of one. I mean duh, who wouldn’t? As an American these are the things that excite us, well at least it excited me. Forget the 700 year old Castle behind me, I’m raving about a damn phone booth. 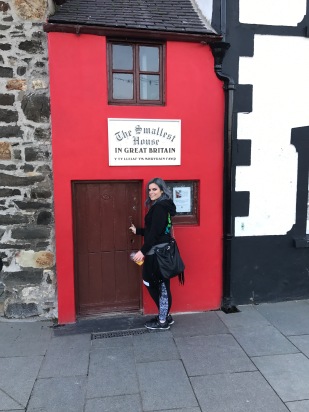 So Conwy is surrounded by an old stone wall that guarded the city back in the day. What was really cool about this is you could walk around pretty much the entire town on the wall. Now let’s not forget the previous day and both our fear of heights. I’m already shaking heading up this wall, he actually was really calm and collected this time. He grabbed my hand and pretty much held it the whole way up and around the wall. He made sure I was safe and I felt a lot less scared because of that. He was my knight and shining armor to say the least.

After we made our round around the wall we headed back into town for dinner at the local pub. I loved hearing the different accents of the Welch. The sad thing about travel is more than likely you will probably never revisit the same place again, so I sat back and soaked up as much as I could.

We relaxed, had some beer and ordered pizza. Now me coming from New York it’s hard to really eat pizza anywhere else but I went for it and it actually was pretty damn good. We stuffed ourselves to the point we couldn’t stuff anymore. It was late and time to head back to Manchester. Another day flew by which meant only one thing, one day left here, and only one day left with him. I was excited I was going to be celebrating Valentine’s Day in this amazing place with an amazing guy but that meant it was nearly over. I wanted time to stop so badly, I wasn’t ready for this to end. I wasn’t ready to say goodbye.

This is a text widget. The Text Widget allows you to add text or HTML to your sidebar. You can use a text widget to display text, links, images, HTML, or a combination of these. Edit them in the Widget section of the Customizer.
Loading Comments...
%d bloggers like this: